The history of St. John's Church in Boonton, NJ 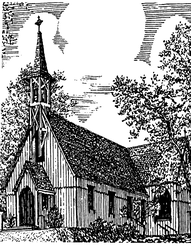 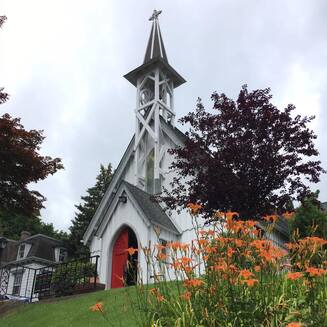 2019: After a successful ministry Father Tim received the call to be the next Rector at All Souls' Episcopal Church, in Miami Beach. The congregation begins the search for a new priest. In the meantime, The Rev. Barry M. Signorelli joined us our supply priest.
2020: We began to partner with St. Peter's in Mountain Lakes, and The Church of the Saviour in Denville in a well-attended Lenten program. As with the rest of the world, all things stopped in March when we shut down for Covid-19. Despite struggling to figure out how to reconnect in worship we manage to stay in touch as a community. Eventually, we began Zoom services with Father Barry broadcasting from a makeshift altar in his garage. It was a challenging time, but we held strong.
2021:  This still was a challenging year, with building issues and the effects of dealing with an ongoing pandemic. However, we were eventually able to worship in person with the new social distancing and mask-wearing requirements in place. In the fall, we had the choir back and it was wonderful to feel we were in full swing again. Despite the ups and downs of pandemic living we participated in the local Boonton Day fair, walked in the Fireman's Christmas parade. We collaborated with NorthStar Pet Rescue and gave out over 60 Thanksgiving baskets to the needy in town. We also participated in a "Got Faith" program with St. Peter's and Church of the Saviour. We hosted authors in the parish hall as part of Boonton's first annual book festival. In another collaboration with the Regional Ministry Network, Constance and Her Companions, Church World Service, and the International Rescue Committee we assisted in refurbishing a home for a refugee Afghan family providing temporary housing. It was the collaborations this year that kept us connected and thriving. We are grateful for the gifts of service we accomplished this year.
2022: We said goodbye to Rev. Barry and Bruce, thanking them for their devoted service during our extended period of transition. June 12 Rev. Sharon Sheridan Hausman began as our new Priest-in-Residence at St. John’s Episcopal Church. We obtained an additional grant to renovate the Wilson House. The renovation upgraded the downstairs adding a kitchen, a full bath, a mud room. It included updating the electric in the building, adding new windows and insulation.
In July we welcomed another Afghan refugee family of nine to the Wilson House. September 18th, we had our first Welcome Back picnic since the before the start of the pandemic. We were grateful to see familiar and new people at the event. On Sunday, September 25th we had an early blessing of the animals. Rev. Sharon blessed animals in person and on phones. We also had blessing of the animals at the Annual Boonton Day event, along with a raffle for dog & cat gift boxes, plus crosses and hearts. We had people sign a banner with hopes and dreams. Joan Ginty painted faces and a number of volunteers greeted visitors. October 8th, we started hosting the Saturday Luncheon Socials once again.